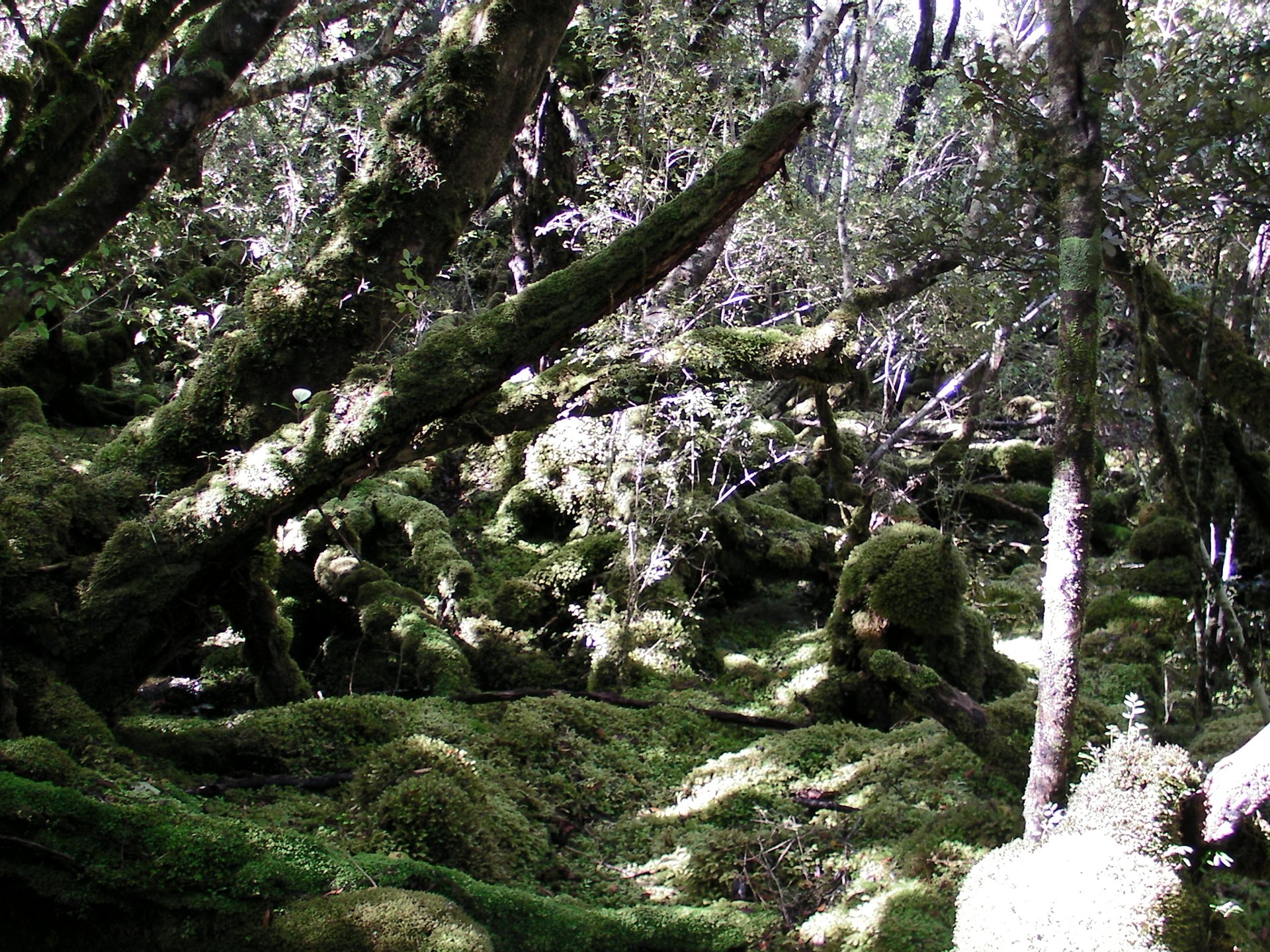 This article is about me and a couple of mates and our expedition into one of the three remaining Degree Confluence points on land in New Zealand. These confluence points are where lines of latitude (aka parallels) intersect with lines of longitude. There are 29 points altogether in New Zealand, and the project has been running for some time, so the low-hanging fruit has already been plucked - including all the points in the mainland United States. We visited the intersection of the 47th Southern Parallel with the 168th Eastern Line of Longitude, or 168°0′0″E 47°0′0″S. This is the furthest South confluence point in New Zealand. The article below was submitted as the narrative accompanying our visit, and is intended to be read by those curious ‘what is at that point in the world’?

With a bit of luck, there should be a video montage on YouTube of some footage I took leading up to arriving at the confluence. It’s about 35s over the length limit, but I can’t get pitivi to successfully render any of my edits of it.

168°0′E 47°0′S is in a deep area of deer hunting bloc on Department of Conservation (DOC) managed national park in Te Punga o Te Waka a Maui (lit: Maui’s Boat’s Anchor), known in English as Stewart Island or by the common Māori name of Rakiura, Southern Lights. The confluence area is so remote from the easy hunting access areas (the coast) it is not booked out, but designated “Open Hunting”. As an explorer, this has a most excellent side-effect: in this area, recreational users such as confluence hunters are strongly encouraged to yodel, in the name of safety. Our preferred yodel, “Yea, Boy!” may have left a hunter wondering who was bringing a dog into the bush, but more than likely our main audience were the deer.

There have been, to my knowledge, three previous attempts on this point which failed for various reasons. The first, an approximate GPS fix and by air - possibly could have gotten a better fix by returning on a calmer day, but you can see from their photo the tops of the Rata, Manuka (NZ Tea Tree), NZ Birch and probably other NZ native species. These large trees dominate the canopy and in areas would make for a very passable undergrowth - were it not for the fallen trees which cover the sides of the fingered landscape. These cabers also provide convenient yet nerve-racking bridges across the many small creeks of the valleys, and marshes of the re-entrants of this wet corner of sub-antarctic rainforest.

Another attempt failed chiefly due to losing direction in the thick undergrowth. GPS units are always improving, so it’s possible that a more sensitive, modern unit would not have had the same problem - but ultimately a compass is much more reliable. We used a compass and map for primary navigation, reserving our GPS use. The two units we had sported limited battery, and the field solar recharging unit was not performing without direct sunlight - a rare commodity in Stewart Island. A third attempt, unlisted on the confluence.org site but carried out by a friend Simon McAuliffe, encountered vegetation considered impassable - metres high of dense wooden saplings. There is a plateau of land to the West of the confluence which is predominantly this type of scrub. This information - scrub vs. bush - is in fact included on the Land Information New Zealand (LINZ) maps you can find at www.nztopoonline.linz.govt.nz. However, the difference is a subtle type of shading, and it is not immediately clear from the standard maps that the scrub is basically impassible. We owe the success of this mission to his failed attempt, as we were to have attempted the approach he tried only weeks ago - but one of our expedition had an injury and we had to postpone.

Our most important navigation goal was; avoid scrub areas on the map. And this served us well. The second goal was: stay on the highway.

The “highway” is what we called following ridgelines and areas of open bush. Ridgelines, though not always continuous or straightforward to stay on, provide the fastest route through this land. In other areas, evenly spaced fern plants - not punga but some other low-lying cousin - were the best indicator that the way would be smooth. The LINZ 1:50,000 topographical maps are the most useful; tiny wiggles in the 20m contour lines can warn of difficult to traverse re-entrants (a minor valley on the side of a ridge of land), if it is possible to avoid and stay on any minor ridgeline, this is much easier.

Our route had a particular saddle which we had decided to be the first waypoint after our drop-off, a bay in the far corner of Big Glory Bay, part of the Patterson Inlet in Stewart Island. Our first leg took us SW from the corner of the bay to a point about two hundred metres above sealevel and six hundred metres inland. This was a bit of a messy scramble at times, but nothing a regular tramper/hiker wouldn’t normally be expected to do on some NZ DOC paths. We found the ridge, our target saddle and the going was pretty easy for some time. Next we took a wrong turn and ended up beating through scrub-ish bush for several hours, in the rain. The entire bush was sopping, every blob of moss a dripping sponge. Then we had our first real encounter with the “highway” and started getting used to moving around. At the end of day 1 we crossed the Lord’s River (Māori name Tūtae-ka-wetoweto, lit. remains of the many dead), and found a nearby spot uphill to camp. Even with our set-back with the scrub, we had come some 2½ minutes inland and covered more than half of the distance from the shore.

That was really the worst of it, and once we’d figured out how to get around, we did quite well in sticking to ridgelines within a comfortable margin of the intended bearing to save much time. We arrived at the confluence point the next afternoon, though after a number of departures from the highway to cross valleys in our path. We found an all-zeroes GPS reading location (16m accuracy), and declared that our confluence location.

The prevailing image of the area is of a mossy forest, yet relatively free of some of the other imported flora which ruin much of NZ bush - be it agapanthus or the prickly scrub, gorse. Many of the Rata trees in this forest will doubtless be hundreds of years old. There are piles of rotting trunks of these and other trees. The moss covers them all, providing soft footing and fodder for the deer, considered an exotic pest. Evidence of recent deer inhabitation can be seen from piles of droppings, hoof marks and the shapes in the moss, surreally sculpted by their gnawing into a fantastical fairy-land.

As the evening fades and morning blooms, voices of the NZ fauna come out. It seems like a single green bellbird came back to sing to us every evening, its melodic and playful jingles outclassed in intrigue by the industrial clicks, clonks and fluting noises of the Tui - before a stark rawk of the Kākā parrot drowns them out. There are always a variety of native birds to be seen nearby. At night, the Kiwi squawk away - Stewart Island being a stronghold of their population. Or was that an Australian Possum, endangered in Australia and a (regrettably, introduced) pest in New Zealand? “They both sound pretty horrible,” concedes a local DOC staff member. Rat droppings are found in fishermans’ shelters in the shores of the remote tidal inlets.

We had so much extra time - we allowed ourselves 5 days of tramping/hiking, and the last 2 days ended up under 3 hours each. This extra time allowed us space to soak in the ambiénce, eat like kings and get some quality time - that’s the quiet time leading up to the point where the cabin fever sets in and you’re all at each others’ throats.

And a long trip it had been - getting from our home town Wellington to the Deep South, as it is sometimes called, was a 3½-hour ferry, a 13-hour drive down the length of the mainland (that’s the South Island, to those from far outside it), followed by a 1 hour passenger ferry to Oban and a 30-minute water taxi ride on a speedboat to our drop-off point. We did all of that over about 3-4 days.

The ferry from Bluff to Oban was sailing through a storm which was a 2½ metre swell - producing the odd 5-metre or so high wave. One crest I’m sure the captain yelled “PRAY!” while the boat entered free-fall for a fraction of a second, crashing into the other side of the wave with a thud. A boy in the front row looks queasy and the driver slows down to allow him to move to the back of the boat for comfort.

It’s a special type of provincial down in the deep south - while a couple of us were buying provisions for our trip at the supermarket in Dunedin, a local looked at our dried peas, salami and canned meals and said, “ah, going huntin’ are we?” - well yes, confluence hunting. To almost everyone we encontered we were assumed to be a group of hunters - though I’m glad we weren’t going in with high-powered hunting rifles at our side, to be sure. A man sharing our water taxi ride from Oban (well, the opposite side of the finger of land, Golden Bay) sports a Sensible Sentencing Trust hat and T-Shirt, a group about as polarised on the conservative spectrum you can come. The Mussel and Salmon farmers make their corner of the Patterson Inlet in Stewart Island, called “Big Glory Bay”, feel like I’m in a marshland in Missouri. On our return journey, a police officer in Timaru pulling us over because we were the only thing moving around at 2am on a Thursday morning also assumed we were hunters. But that said, they are usually lovely people overall and there are plenty that don’t fit the conservative mold.

At 45°S on the state highway there is a plaque set in a large stone marking the parallel - a perfect photo spot for confluence hunters in this area! Placed in 1939, the stone is within 3″ of the actual Parallel - not bad for the time before GPS!

Most of the deep south is that below this parallel. The accents of the people start to sound more Scottish, with the Invercargill accent hilariously attempted by Anthony Hopkins in The World’s Fastest Indian. Then there’s Stewart Island - further South still. With a permanent population of about 200, most of their 10,000 visitors per year will take the morning ferry in and the afternoon ferry out, back to Bluff. A coach tour company on the Island, not even run by locals, is a laughing stock of the settlement, which has under 20km of roads. The friendly local café owner and Reiki practitioner wonders what on earth they could be saying during their daily hour and a half drives up and down the handful of streets.

Hints to potential navigators of this terrain: did I mention the moss? It never completely dries out, so don’t expect to keep your boots dry. It grows over and around logs, but those logs might break when you with your clumsy bipedal movement lurch onto it. On the bright side, rounded, grawed blobs of moss make excellent cooking surfaces, and for cleaning crockery and other bits in the bush, you just can’t look past the convenience and ubiquity of moss on Stewart Island. And don’t forget your compass.